Guide to the Sound Check 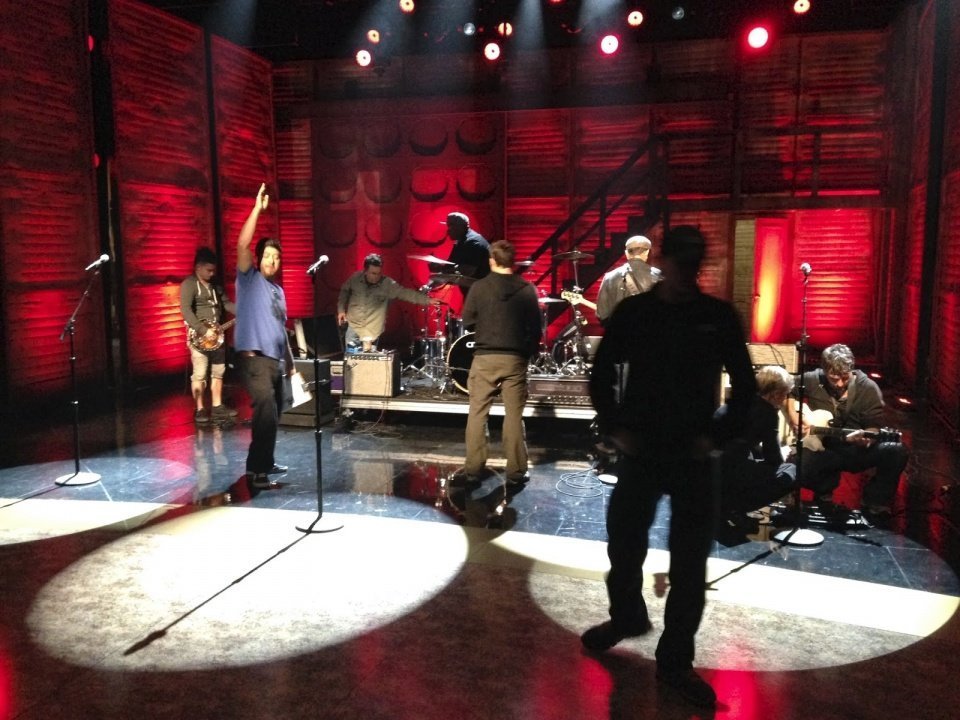 Sound checks can be exciting, but they can often turn a bit sour when you don’t have a sound guy who knows what they’re doing, or when the band starts shouting at each other because no-one knows what they’re doing and everyone wants to play at the same time. We’ve all been there. Well, having played in a band for many years now, I feel like I’ve got it down to a pretty good art, so allow me to share my advice on the Sound Check with you…

I’m aiming this article at the live sound engineers as well as the guy or girl in the band who it has fallen to to BE the sound guy.

1. Get people to commit to arriving at a particular time

There’s nothing more annoying than being stuck waiting for the drummer to turn up. He needs to sound check first and his stuff takes ages to set up and mic up, so make sure the drummer is the first one at the venue!

Organise your band so that people either all turn up together or at least in the order they are needed. It can be harder to orchestrate everyone turning up at different times, particularly if you don’t have a lot of time to sound check, but if you do, it can also make things much quicker as there are fewer people to distract you – you can just concentrate on the one thing in front of you without 3 or 4 other people shouting your name! If everyone has arrived together, maybe send certain people away until they’re needed.

If you don’t know your mixer or speakers, you can create all kinds of problems for yourself. Do yourself a favour and dig out the manual. If it doesn’t have one, find one on the Internet from the relevant manufacturer and read it!  Make sure you understand everything about it and you won’t have one of those awkward moments when you have to say ‘I guess we’ll have to do without monitor mixes then ‘cos I don’t know how that works.’

3. Get a talkback mic

Buy some sticky labels and make sure all your channels and monitor aux mixes are labeled so you don’t have to remember which one is the lead vocal!

It’s also a good idea to mark your trim knobs if you have the same set up for your mixer at every gig, since if the same instruments always go in the same channels, the gain won’t change for them very much. If you’ve got a digital mixer, then it’s as easy as simply loading a scene.

5. Go through each band member

Trying to get everyone to do stuff at the same time is difficult right? So go through the band one at a time. Drums, bass, rhythm guitar, lead guitar, keyboards, vocals. Make sure no-one is noodling whilst you’re trying to get a sound for someone else. Don’t worry too much about EQ at this stage, it’s better to do that when everyone plays together. Get a good level on the fader, and apply a gate, hi-pass filter and limiter/compressor where appropriate if you have them. Don’t forget your own instruments if you’re in the band!

If you’re using a lot of back line amplification, make sure it’s not too loud, but loud enough to give everyone on stage a good sound. Minimise feedback and protect your ears, but don’t ignore getting a good sound on stage – it can really make or break the night’s performance. Set up a rough monitoring mix for each musician as you go asking them what they want in there. More on monitoring later.

Now bring everyone together to play a song. Maybe get the band to play a quieter song and a louder song. Get the levels balanced and apply EQ to anything that’s sticking out. If there are two guitars are they masking each other? Give them a different EQ curve. Add a touch of reverb to the vocals. Panning isn’t a good idea if your speakers are widely spaced. If they’re not too far apart, then it can sometimes help to pan guitars left and right, but only a touch. No-one is really going to be listening in the stereo sweet spot all night, so  hard panning isn’t a good idea.

If you’re a vocalist or guitarist and you need to be out front listening to the band, get someone else to sing on your mic or play your guitar for a bit.

MORE MEEEE! The bane of every sound persons life – the monitor mix. In my band we have a digital mixer that uses iPads and iPhones to individually control monitor mixes for each member of the band so they have control over their own sound. We use in-ears, Line 6 pedals, v-drums and only two monitor wedges, so we can keep stage sound to a minimum to eliminate feedback and deafness! If you want to try something like this out, it’s awesome. Check out the Presonus Studiolive series of mixers. LD systems make reasonably affordable IEMs too.

If you’ve got the standard configuration of monitor wedges, and amps, then things are a little trickier. Try these tips:

Give the band a song or so more to make sure everyone is happy with their monitor mix and the stage sound. Do a final check that the front of house speakers aren’t adversely affected by the stage sound, and you’re ready to rock!